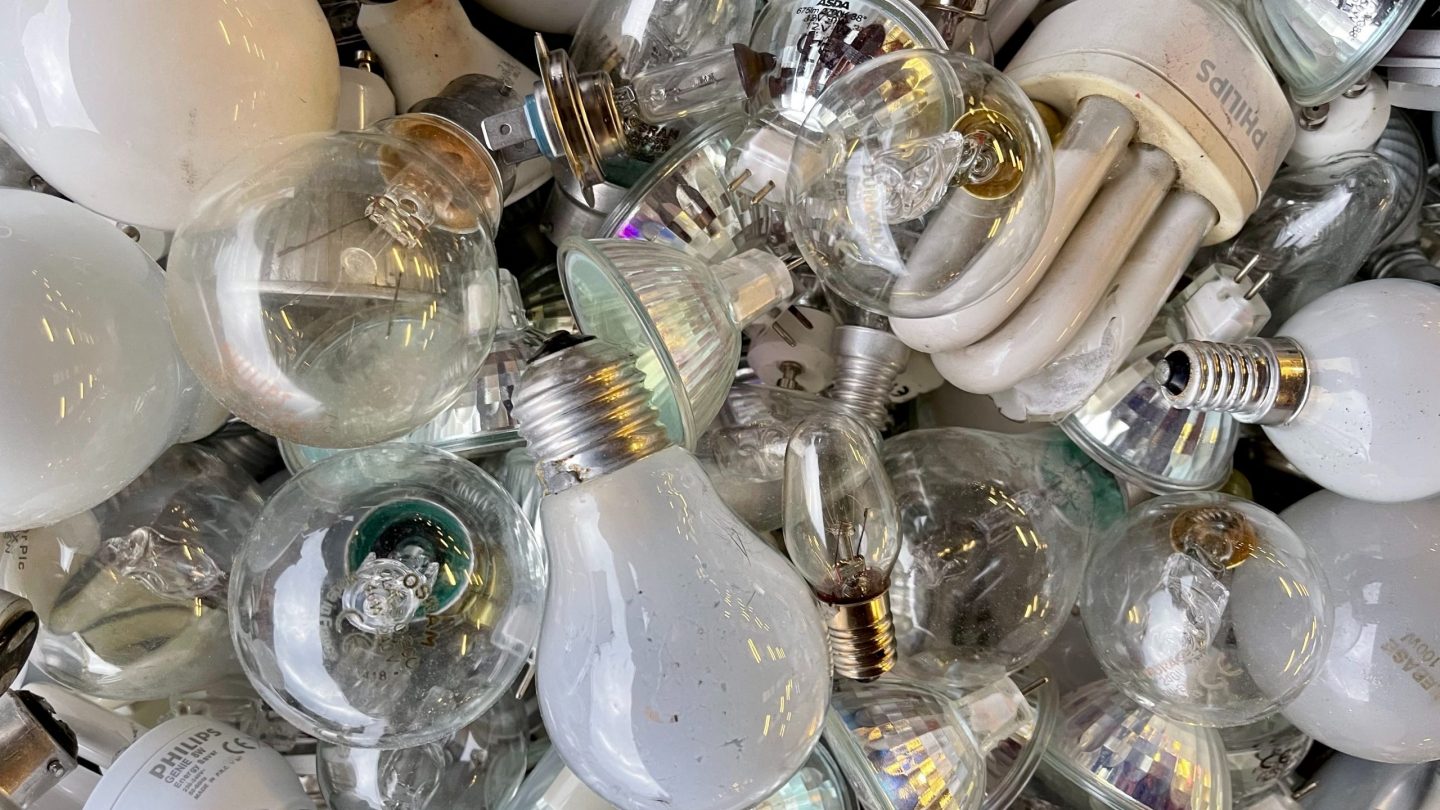 I am sure everyone reading this piece likely has a few redundant or broken electronics laying in the bottom of drawers at home or tucked safely away in the garage just in case you may need it in the future.

Let’s face it, given how fast technology changes (and likely accelerates with 5G deployments) these items are basically electronic waste, or e-waste for short. E-waste includes anything with plugs, cords and electronic components such as televisions, computers, mobile phones and all other types of home appliances.

These broken or unwanted electronics have typically been dumped in landfills however they also include toxic substances such as mercury or lead that can leach into our soil and waterways.

According to Gartner, there were over 1.4bn smartphones sold globally in 2021 representing a 6% increase on the 1.35bn sold in 2020. I’d hate to imagine how may redundant phones have cumulatively ended up in our garbage over the years.

In a great discussion paper from the Sustainable Prosperity for Europe Programme, e-waste was highlighted as the fastest growing waste stream in the world and disappointingly this waste stream actually contains valuable resources, including scarce and critical materials. The tragic event in Ukraine has put a spotlight on the security and sourcing of raw materials for many of our goods.

The EU, which is already viewed as a global leader in sustainable waste management, only collects and treats about half of total e-waste produced. Given the lack of, and mishandling, of e-waste on a global scale we are not addressing avoidable pollution or moving as fast as we should towards a circular and sustainable economy.

So what is the scale of the problem? Well unfortunately it is very large and growing. It is estimated that 57.4m tonnes of e-waste was generated in 2021 which is greater than the weight of the Great Wall of China (the world’s heaviest artificial object). Due to the technological advancements, we are seeing product life cycles becoming shorter and due to increased complexity, repair options are becoming increasingly limited 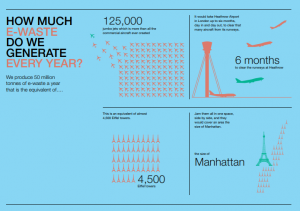 We need all stakeholders from households, businesses and governments to get behind an improved circular network right from design to end of life to facilitate a system where the devices can be repaired or recycled.  This would have multiple benefits as valuable materials could be recovered from old devices, the impact on landfills becomes less onerous and people in lower income households and countries could have access to relatively new technology.

Recycling initiatives are not keeping pace with the growth in e-waste with a recent report highlighting that over 82% of e-waste generated has not been documented to be collected and properly recycled. The majority of the undocumented waste is probably mixed with other waste streams such as plastic or metal waste and therefore not properly recovered. 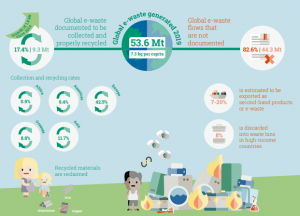 This lack of resource recovery is a shame when you consider the sheer scope of resources held in the undocumented e-waste chain.  According to Ruediger Kuehr, Director of the SCYCLE Programme and Head of UNITAR’s Office in Bonn, the value of electrical components in the world’s ‘urban mines’ is enormous.  “A tonne of discarded mobile phones is richer in gold than a tonne of gold ore”.

“Embedded in 1 million cell phones, for example, are 24 kg of gold, 16,000 kg of copper, 350 kg of silver, and 14 kg of palladium — resources that could be recovered and returned to the production cycle. And if we fail to recycle these materials, new supplies need to be mined, harming the environment.”

I think this is a great quote from the Weeeforum:

“Fast mobile phone development has led to a market dependency on rapid replacement of older devices. Mobile devices affect the environment in many ways over their lifetimes, but the impact can be reduced and spread over a longer period by applying circular economy principles, including production control, device reuse, remanufacture and recycling, and improved circular design involving component material selection, standardization and modularization for easier disassembly.” 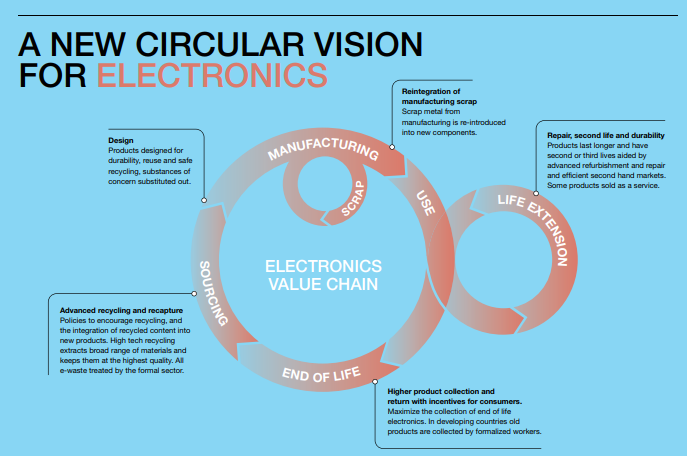 In all likelihood, consumers will demand products that they know have been sustainably produced and can also be recycled at end of life.  Brands which understand and promote this will engender significant brand loyalty while also doing good for society.

One company that is facilitating the move to a circular economy in electrical devices is US based Assurant. The business has >10 years of experience in helping address the e-waste issue through its trade in and upgrade solutions.

Over the years it has repurposed more than 116m devices while diverting over 23,000 tons of e-waste from landfills and it has only just begun. 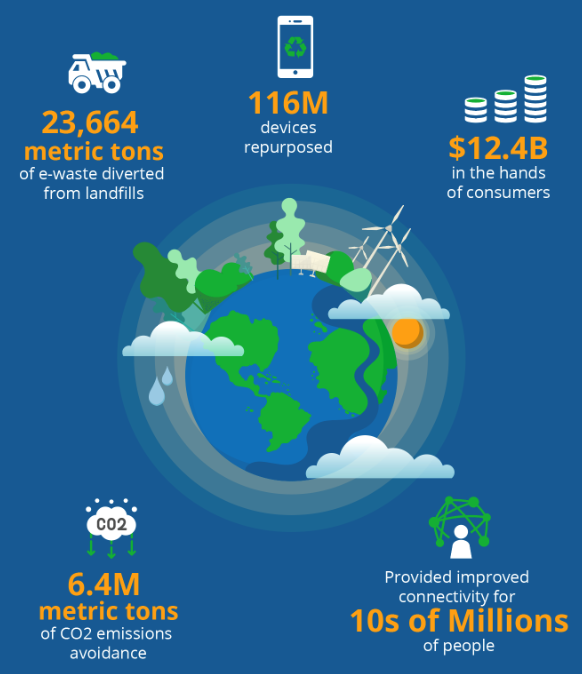 Assurant provides its customers (such as T-Mobile in the US or Deutsche Telekom in Germany) with trade in and upgrade programmes which allows consumers to exchange older devices for the next generation which helps offset the cost of the new device. When thinking of the older device, say a 4G phone, there is still plenty of value left in it and they can be repurposed and redistributed around the world which helps lower income countries get connected.

Carriers globally will begin to shut down their 3G networks so any device supported only with 3G will become obsolete. These devices still hold value however as when traded in they can be reused, or the parts can be repurposed which benefits the move to a circular economy.

Redundant devices that cannot remain in circulation due to damage or advanced wear and tear should be responsibly recycled.  Each year we will have more and more electronic devices enter the system and while technology and innovation are important, this should not come at the expense of our environment, especially when considering we have the means and tools to repurpose and reuse the incredibly large e-waste stream that we are swimming in.