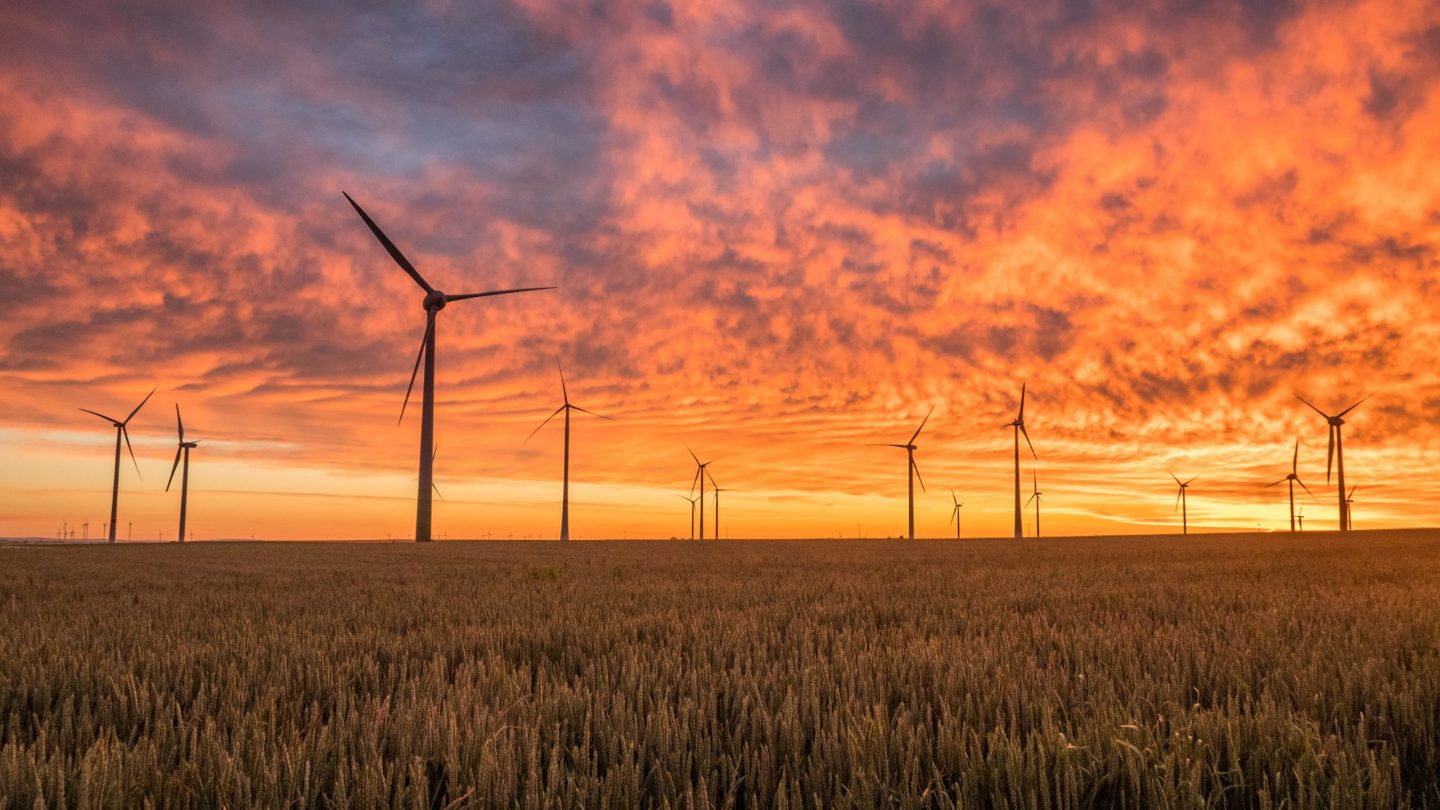 In February when Russia began its invasion of Ukraine the European Union was receiving 40% of its natural gas imports and 25% of its oil from Russia. The EU’s reliance on Russian fossil fuels is estimated to cost the European taxpayers ~€100 billion per year. This dependence has been used as a weapon by President Putin against the EU, demanding that gas is paid for in rubles in order to support the value of the Russian currency. The Nord Stream 1 natural gas pipeline runs under the Baltic Sea from Russia to Germany and is one of the longest sub-sea pipelines in the world. Recently, Nord Stream 2 completed construction but was denied certification as a result of the invasion of Ukraine. Both pipelines are owned by Gazprom, the Russian state owned Energy Corporation.

To achieve energy security and cease support for the Russian economy, the EU committed to reducing gas imports from Russia by two thirds within a year. Recent surveys by the European Commission demonstrate that 85% of Europeans believe the EU should reduce its dependency on Russian oil and gas as soon as possible to support Ukraine. In May this year the EU released the REPower plan which aims to do exactly that, while also building on the foundation of the European Green Deal to facilitate the clean energy transition. 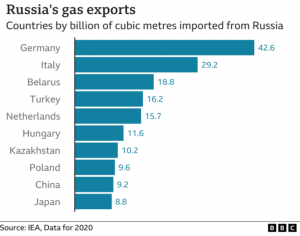 In response to the COVID Pandemic the EU introduced the Next Generation EU Recovery Plan, a seven year budget that will allow the economy to recover and become more sustainable. Within this plan, one third of the €1.8 trillion budget will be allocated to the European Green Deal. The deal is viewed as the path forward for transforming the EU into a modern, resource-efficient and competitive economy. Under this plan, the EU has committed to reducing greenhouse gas emissions 55% below 1990 levels by 2030. The Green Deal also marked the most aggressive commitment to carbon neutrality, with the EU aiming to become the first continent with zero net emissions by 2050. The production and use of energy account for >75% of emissions in Europe which makes decarbonising the energy system crucial in achieving these targets.

The REPower Plan aims to strengthen the economy of the EU, establish energy security and take meaningful action on climate change. The plan will require an additional €210 billion in cross border investment and will be financed by the Recovery and Resilience Facility. REPower will address the EU’s short and long term energy needs. The objectives of the plan are threefold:

To curb short term impacts the EU have identified energy saving habits to quickly and cheaply address the current energy crisis. The Commission outlines basic behavioural changes which could cut gas and oil demand by 5%. They have also identified long-term efficiency measures such as an increase in the binding energy efficiency target from 9% to 13% under the Green Deal.

The EU currently imports 90% of its gas consumption, 97% of its oil and 70% of its coal needs. The Russian invasion has highlighted the need to establish secure energy sources and invest in European green hydrogen production. While the energy transition remains a key priority for the EU, the drive for energy independence will require diverse energy sources including international sources of gas to secure supply while its economy continues to invest in decarbonisation.

To meet future demand for gas over the next few years the EU will increase its imports of liquefied natural gas (LNG) by 50 billion cubic meters and pipeline gas by at least 10 billion cubic meters. The EU Energy Platform will pool demand, coordinate infrastructure and facilitate joint gas and hydrogen purchases. At the recent EU Leaders summit in Brussels, the EU continued talks with the US to increase LNG imports to Europe by an additional 15 billion cubic meters. With US LNG assets already producing at full capacity further investment in big and small scale LNG as well as in alternative energy sources such as hydrogen will be required internationally.

The REPower plan calls for an acceleration and scaling of renewable energy ahead of the current targets under the Green Deal. This includes increasing the headline 2030 target for renewables from 40% to 45%. Proposed targets include 10 million tonnes of domestic renewable hydrogen production and 10 million tonnes of hydrogen imports by 2030 to phase out natural gas and replace coal and oil in hard to decarbonise industries such as power generation, agriculture and transport.

The Hydrogen Council estimates that by 2050 hydrogen will play a vital role in the energy system. The council expects it to meet 18% of final energy demand, generate >2 trillion in annual sales including equipment and lead to the abatement of 6 Gt of annual carbon abatement. 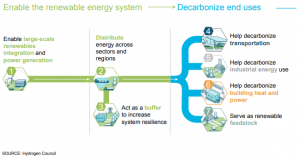 Charting the road to recovery

Chart Industries is a molecule agnostic equipment and service provider to a diverse range of end markets. This unique quality allows Chart to help customers scale LNG projects and transition to clean sources of energy such as hydrogen. In particular, the company’s highly engineered cryogenic technology can be used in industrial gas, hydrogen, carbon capture and water treatment applications. Since the beginning of the year Chart has seen a meaningful increase in the size, number, certainty and speed of LNG projects coming through the pipeline since the beginning of the energy insecurity crisis. As of the end of last quarter, the company’s total LNG order backlog totalled over $636 million.

Chart’s hydrogen business includes liquid hydrogen storage and transport trailers. Chart is the market leader in cryogenic liquid hydrogen storage with over 800 tanks in service across aerospace, FCEV fuel stations, forklift fueling and industrial applications. Chart has leading market share in core hydrogen storage and transport equipment and liquefaction in the EU (~40%) and US (~60%). As the hydrogen industry matures, order activity is moving from gaseous to liquid requirements or a combination due to its more compact and energy dense nature. This is a clear opportunity for Chart to help facilitate the energy transition with its market leading technology.

Chart has identified its near term hydrogen and helium addressable market as ~$3.1 billion. Over the long term they expect the market to continue to grow to ~$25 billion. It is clear that urgent investment is needed for the EU to secure its energy supply over the near and long term. Companies such as Chart are uniquely positioned to facilitate the EU in reducing their reliance on Russian gas imports as the US enters another investment cycle. Alongside this, Chart will continue to help customers transition to renewable energy sources such as green hydrogen.

How Chart plays in the molecule supply chain: