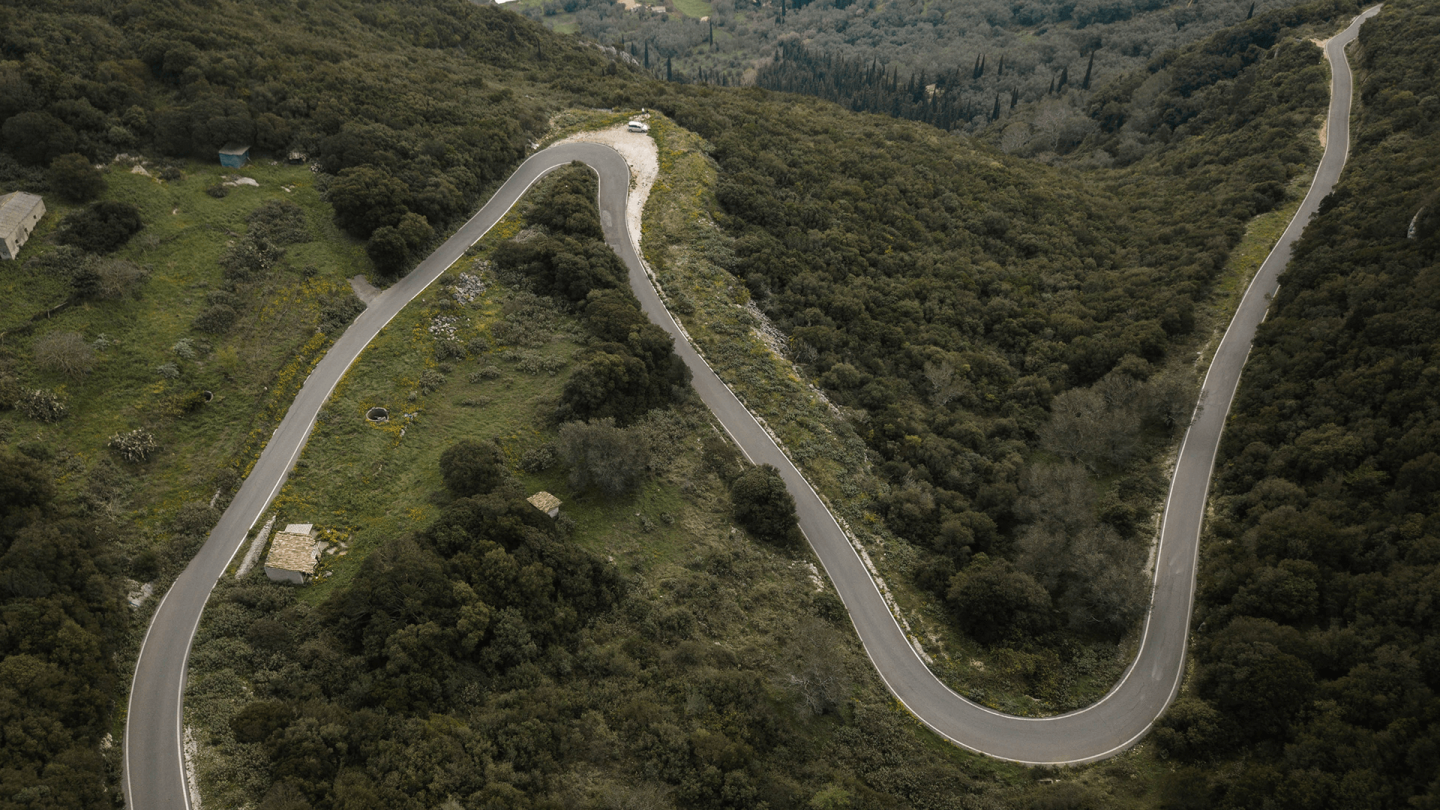 On The Ground Views from Asia: Macau

On The Ground Views from Asia: Macau

Deputy Portfolio Manager of Ellerston Asia, Fredy Hoh, shares his insights from his recent visit to Macau. Keep reading below or download the article here.

A beneficiary of the improving outlook in China

Macau is the largest casino gaming market in the world. It generated gross gaming revenues (GGR) of ~A$53bn in 2018, most of which was derived from mainland Chinese residents. As such, Macau has often been viewed as the canary in the coalmine for the health of the Chinese consumer.

I visited Macau this week in order to get a first-hand look at current trading conditions. My observations confirm that the Chinese consumer is indeed alive and well and validate leading economic indicators pointing to a potential pickup in gaming activity over the coming months. A healthy Chinese consumer, structural support from the Chinese government and inexpensive valuations provides a supportive backdrop for Macau casino operators.

The following outlines Ellerston Asia’s current thoughts on Macau including the key takeaways from my meetings with casino and junket operators.

Macau casino operators ended 2018 down on average ~39% off their April/May highs as a slowing Chinese economy and a depreciating RMB negatively impacted gross gaming revenue (GGR) growth. The sector has since rebounded as Chinese domestic stimulus, a de-escalation in the US/China trade war and a stabilised currency have led to optimism around Chinese consumer confidence and a re-acceleration of GGR growth. 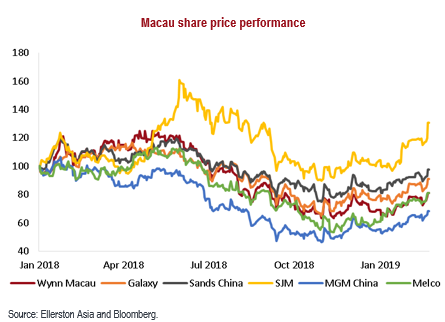 Indeed, the casino floors were quite busy despite the timing of my visit being just after the Chinese New Year holiday period. Macau however was noticeably less bustling than during my March 2018 trip, which turned out to be the peak in GGR growth for this cycle. The casino operators confirmed that the both the mass market and VIP gaming segments have progressively improved since the start of 2019. The annual junket hosted ‘spring dinners’ over the next week could help VIP and overall GGR surprise again in February. Amongst the VIP operators, Wynn and Melco have anecdotally performed the best in 2019.

The outlook for the rest of 2019 is turning more positive with easing financial conditions in China and a resolution in the US Sino trade war providing support for the sector. On financial conditions, there was a meaningful pickup in broad credit growth in January (up 11.4% vs 10.6% in December 2018). As shown in the chart below, Macau GGR typically lags credit measures such as total social financing by ~9 months. If credit growth continues to improve in the coming months, then current consensus expectations for flat to low single digit growth may need to be revised up. Meanwhile on trade, the US and China appear close to agreeing on a negotiated outcome, which would help further improve sentiment for the Macau sector. 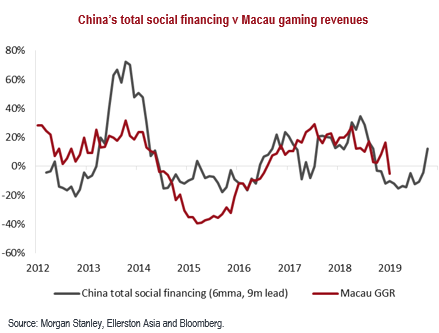 The important role that Macau is expected to play as part of the Chinese Government’s Greater Bay Area initiative underpins the structural growth story for the casino operators. As part of the plan, Macau has been earmarked as a leisure and tourism hub and significant capital will be spent to further improve the infrastructure and accessibility of the region. The recent opening of the HK/Zhuhai/Macau bridge and the new ferry terminal at Cotai has meaningfully improved visitations to Macau. Other projects such as the upgrade of the Macau airport could further accelerate Chinese tourist penetration to Macau from ~3% currently to levels achieved in mature gaming markets such as Las Vegas, where local penetration sits at ~13%. Macau operators are clear beneficiaries of improved infrastructure. The only trade-off for these benefits is the period introduction of policies aimed at cleaning up areas of Macau such as the funding channels.  However, we don’t believe these policy measures will negatively impair the structure growth story.

The Macau gaming sector is trading at its long term average. Wynn Macau however is trading at one standard deviation below its historical average, which we think is unjustified. Wynn Macau has high quality assets and a track record of strong execution. 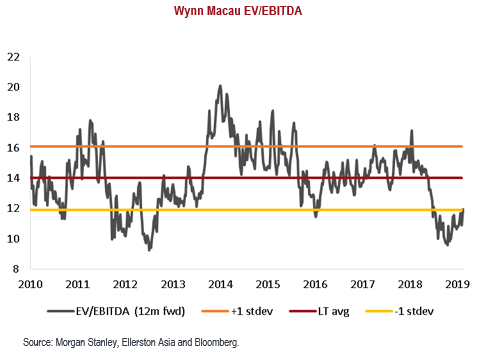 Macau stocks are likely to perform well in the coming months due to a number of factors such as improving Chinese economic conditions, de-escalation in the US/China trade war and a stabilised currency. My visit to Macau last week confirmed that trading conditions have indeed improved. Ellerston Asia likes Wynn Macau as it has the best assets in Macau, relatively inexpensive and is the highest beta play on an improving China economy.