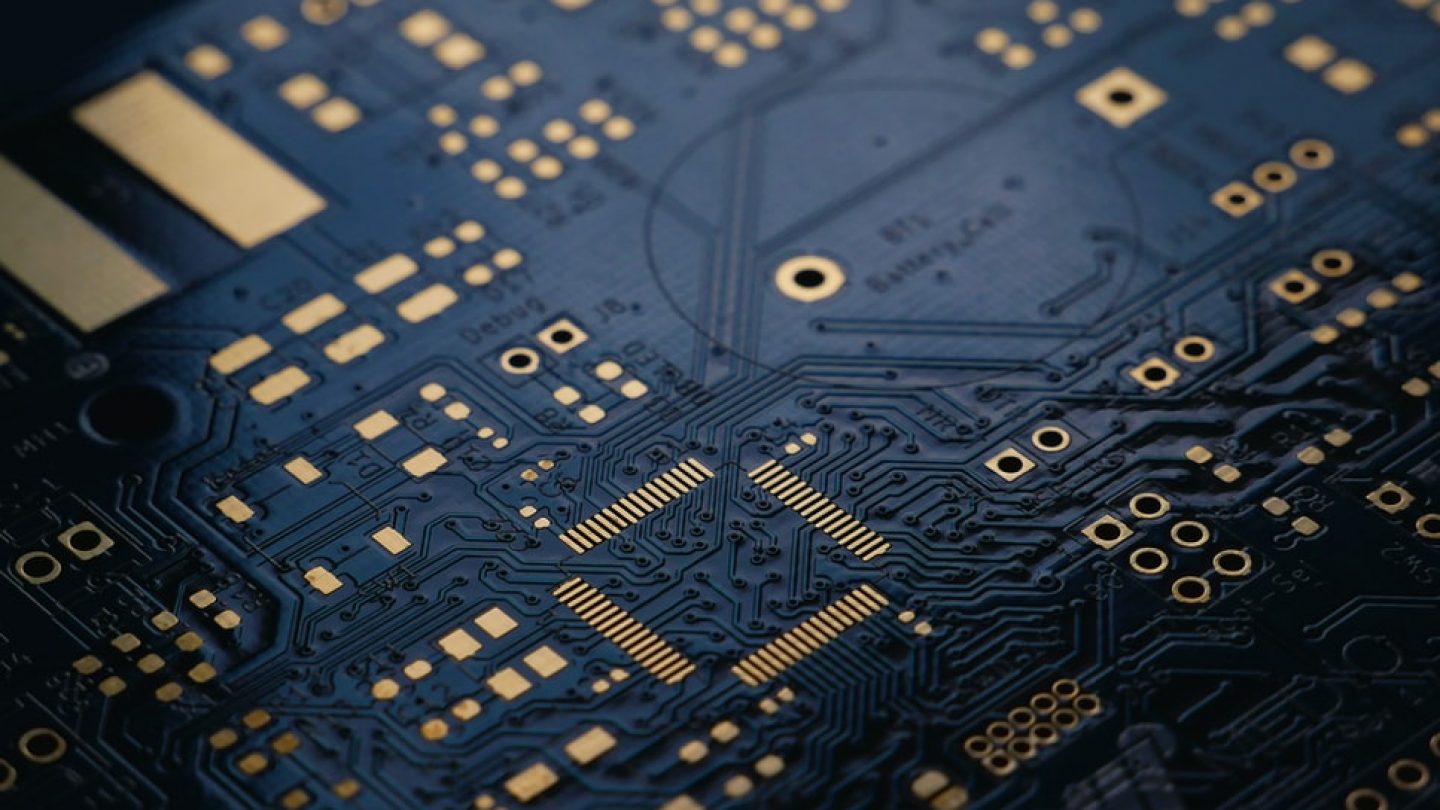 Any analysis of the potential for conflict in the Taiwan Straits must take into account Taiwan’s critical and dominant position in the global semiconductor supply chain. The validity of this view has been highlighted by a number of recent events including:

The following discusses these factors in detail.

According to TrendForce, Taiwan accounted for more than 60% of total global foundry revenue last year with one company, TSMC, accounting for approximately 50% of global foundry share. This market share dominance is even more pronounced in the manufacturing of advanced chips (5nm or less) where 100% of global capacity is currently in either Taiwan or Korea.

The current global chip shortage has been caused by a confluence of events including the resilience of consumer tech demand throughout COVID, Trump related sanctions and a faster than expected recovery in auto related demand. Importantly, the chart below shows that a chip shortage is not something that is easily corrected with shortages expected to remain until the second half of 2022.

The current chip shortage has given policy makers in both the US and China a small taste of what could happen to their economies and to employment in critical sectors (i.e. autos) if the supply chain was disrupted due to military conflict.

According to the US Semiconductor Industry Association (SIA), America currently accounts for only about 12% of global semiconductor supply, which is far lower than the 37% market share it held back in the early 1990s. The SIA predicts that US share will continue to decline in the next 10 years with Asia’s share rising to 83% of installed capacity by 2030 (see chart below).

To counter this trend and to reduce its reliance on the Taiwan based semiconductor supply chain, Intel’s new CEO Pat Gelsinger recently announced plans for a new division called Intel Foundry Services (IFS). Intel intends to spend $20b of capex on 2 new foundries in the US, which will likely be highly subsidized by Biden’s plan to allocate $50b to support America’s home grown chip sector.

But this is not the first time Intel has gone down this path. Intel tried a similar strategy in 2016 and gave up by 2018 because they started encountering delays in tech migration. This time around Intel is even further behind Asian based competitors. TSMC is already at volume production for 5nm chips while Intel does not even expect to produce chips at 7nm until late 2023.

In terms of reshoring semi capacity back to the US, Fredy Hoh, who covers technology at Ellerston, has done a deep dive analysis into how long it will potentially take for the US to achieve even basic self-sufficiency in semis.

His analysis suggests that it will take at least 2 decades in order for America to get to 50% share of semi production at the most advanced nodes (7nm or below).

And this estimate is generous as it includes US based capex by Asian players like TSMC and Samsung and also includes the impacts of the aforementioned government subsidies, without which the ROI of the US based foundries would be uneconomic.

China’s “Made in China 2025” policy includes a goal that 70% of chips used by Chinese firms be supplied domestically by 2025. SMIC, the largest partially state-owned publicly-listed Chinese semiconductor foundry, was intended to play a key role in this transition. However, due to a number of factors including Trump’s bans on essential equipment and crack down on Huawei and SMIC, the shift to domestic supply is far below expectations. In 2020, less than 10% of semiconductors used by Chinese firms were actually made in China. At the current run rate, China will fall well short of achieving its 70% self-sufficiency target.

The tables below show that SMIC’s total revenues remain a fraction of TSMC’s and SMIC’s revenue growth also remains below its Taiwanese competitor’s despite growing off a much smaller base.

From a technological perspective, SMIC is currently still producing primarily chips 14nm and above versus TSMC which is at 5nm, putting the former about 4 generations behind the latter. A general rule of thumb is that it takes 2-3 years to advance a generation. So assuming a linear progression, it will take SMIC over a decade just to catch up with where TSMC is now, and clearly TSMC is not going to stand still. If current US restrictions on semiconductor equipment remain in place, China may even struggle to progress beyond 14/12nm as home grown equipment makers currently don’t have the know-how to produce tools for more advanced chips.

This suggests that just as the US is finding it difficult and expensive to wean itself of Taiwanese semiconductor dominance, China is also unable to easily reduce its level of dependence on Taiwan.

Taiwan has been a global poster child for how to manage COVID, boasting very few total cases and no lock downs. In the last few days cases have risen to approximately 15-20 new cases per day and the government has considered imposing Level 3 restrictions. A “spike” in COVID cases to 16 earlier this week resulted in the TAIEX falling almost 9% intra-day, its worst intra-day performance ever.

The charts below contrast Taiwan’s reaction to 16 cases and the threat of Level 3 lock downs with the situation in India, where a consistent posting of 350,000 plus COVID cases per day and over 80% of the population being under some sort of restriction hasn’t resulted in the market selling off at all. Why the big difference?

The details of what Level 3 restrictions in Taiwan entail are vague with some officials stating that only law enforcement, medical, government and other essential services would remain in operation. If this restricted the ability of foundries to operate at or near capacity, the impact on the global supply chain would be immense. This is why Taiwan, and indeed parts of the global technology sector, sold off so sharply on the news.

Again, if this is the impact of a short lived pandemic related lock down, can you imagine the economic and market dislocation from a prolonged conflict?

What does this all mean?

This analysis highlights the possibility of two completely different outcomes over different time frames. In the near term (5 years or less), it is unlikely that pre-emptive conflict occurs because the economic and technological disruptions for the US and China would be far too damaging for both countries. It is also important to highlight that China is still being blamed by the international community for COVID, is dealing with the situations in Hong Kong and Xinjiang and a potential boycott of the Beijing 2022 Olympics. To pre-emptively start a war over Taiwan in this broader context seems unlikely.

In the longer term however, the analysis presented in this article highlights what an incredibly strategic asset Taiwan is and how seizing control of the semiconductor supply chain could be a geopolitical game changer for China.

Investors often ask me what factors I look at to monitor the situation and what would change my current view on the probability and time frame of a potential conflict. There are a number of factors to consider, some technological and some political.

Technologically, evidence of any of the following would increase the probability and shorten the time frame of a potential conflict:

From a political perspective, the main event to watch is the 2024 election in Taiwan. If the DPP party’s rhetoric on Taiwan independence ramps up considerably going into the 2024 election and polls shows strong, proactive support for these policies among voters, it would increase the probability of Chinese action. The DPP candidate at the 2024 election is likely to be William La, who is currently the Vice President and is viewed as more pro-independence than President Tsai.

However, polling and on the ground due diligence suggests that the DPP is to some extent a TINA party (There Is No Alternative), and remains in power not because residents passionately agree with their stance on independence, but rather due to the lack of any credible alternatives. Recall that in the 2020 election, the presidential candidate for the KMT party (Han Kuo Yu) was extremely unpopular with the public due to his reported nefarious activities as mayor of Kaohsiung. If Foxconn CEO Terry Guo runs as the KMT candidate in 2024 as rumoured, he would present a much more credible challenge to the DPP and could potentially improve cross straits relations.

Finally, it is important to highlight that this is all based on analysis which does not take into account the possibilities of mistakes or irrationality. One consideration in this regard is that the burgeoning multi-lateral military presence in and around the Taiwan Straits increases the likelihood of a military mistake (see India, Pakistan and the LOC as an example). With respect to irrational policy decisions, Xi has appointed himself as President for life and as he gets older, more entrenched and more focused on how he will be remembered in the history books, rational analysis of economic and technological disruption may take a back seat to leaving a unification legacy.

TSMC is the largest position in the Ellerston Asia fund so this analysis was not undertaken as an academic exercise. Any discussion of potential US-Sino conflict over Taiwan must include a detailed analysis of the global semiconductor supply chain and what a disruption to this supply chain would mean for economies and governments around the world. Viewing the situation through this lens suggests that a conflict between the US and China over Taiwan is less likely, or at least further away, than the Australian media would have us believe.