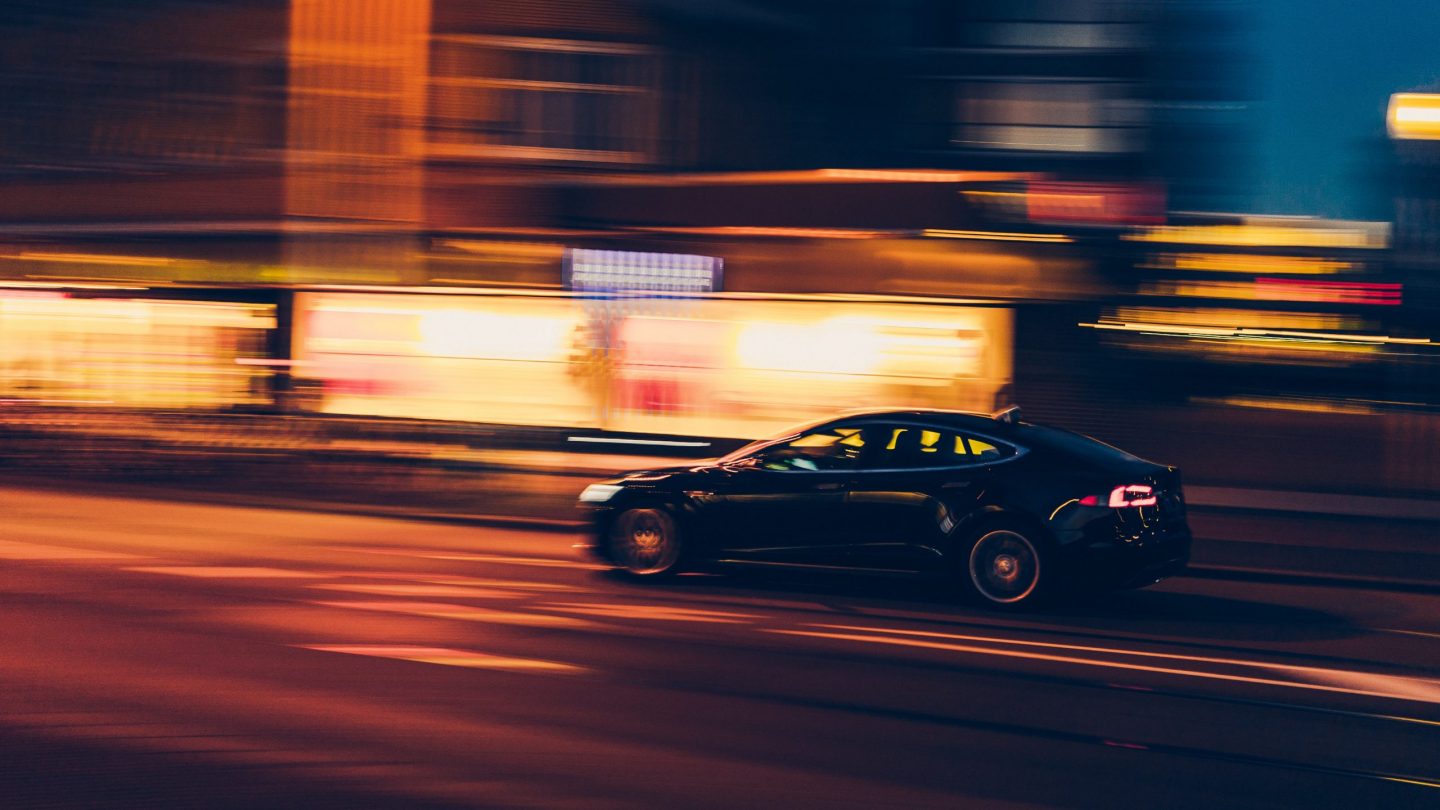 Even as inflationary pressures decelerate, petrol prices at the pump are proving to be stubbornly sticky as government support rolls off and supply remains limited by years of underinvestment as we transition to greener sources of energy.

On the bright side, we are seeing accelerating consumer appetite for electric vehicles (“EVs”). While it was previously estimated that annual EV adoption would reach ~45 million vehicles in 2030 from only 3.2 million in 2020, market projections keep getting upgraded higher. 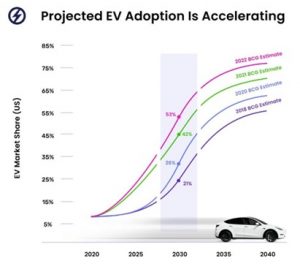 Tesla has highlighted this significant demand opportunity on its most recent Q3’22 earnings call:

“We expect to sell every car that we make for as far into the future as we can see. We are still a very small percentage of the total vehicles on the road. Of the 2 billion cars and trucks on the road, we only have about 3.5 million. So, we’ve got a long way to go to even reach 1% of the global fleet.”

Climate change has been the major driver of EVs – in particular the shared ambition to limit global warming to 1.5°C above pre-industrial levels under the Paris Agreement. As transportation accounts for 37% of CO2 emissions with the highest reliance on fossil fuels of any sector, it has become clear that widespread adoption of EVs is crucial to meeting climate targets.

While battery technology and charging infrastructure are well-known bottlenecks to mass EV adoption, improving the power efficiency of the EV drivetrain is a less appreciated challenge which is also critical to drive cost and performance comparable to a traditional ICE car. 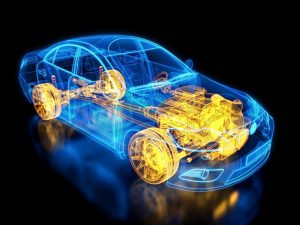 Most EVs today operate at a platform voltage of ~400V. However, there is an increasing trend towards 800V platforms which improves efficiency by limiting power losses and downsizing high voltage cabling. The performance improvement is estimated at up to ~10%, significantly reducing the required battery capacity and costs. However, deep system changes are required.

In particular, today’s silicon-based powertrain components are operating at their theoretical limits and cannot provide the performance required for more green and efficient electric vehicles.

What is Silicon Carbide? 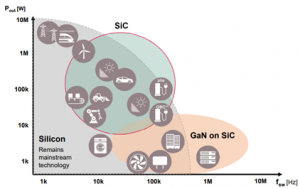 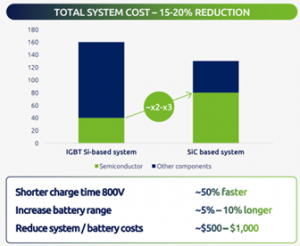 These superior material properties on both the power device and system package level make Silicon Carbide ideal for the next-generation 800V EV powertrain: 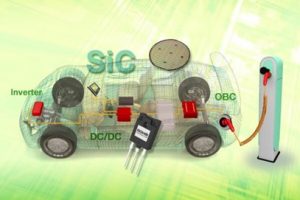 The main factor holding back widespread adoption of SiC is its high cost of production.

Today, each SiC device costs more than 3x the price of a tradition silicon-based device as the complex manufacturing process and brittle crystalline structure results in both higher defect rates (24% of each device) and substrate costs (35% of each device). 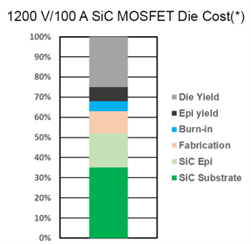 In particular, it takes weeks to grow a single SiC crystal compared to just a few days for silicon. High temperatures of more than 2200°C are also required, compared to silicon at just 1400°C – 1500°C. This more energy intensive process also presents an environmental challenge for a material meant to help drive EV adoption and ultimately reduce CO2 emissions. 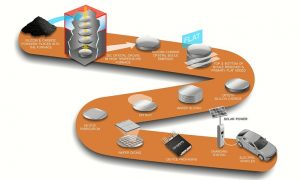 Soitec (SOI FP) is a French semiconductor company known for designing and manufacturing a wide range of advanced engineered substrates. Its flagship products are Silicon-on-Insulator (SOI) substrates whereby a thin layer of insulator is inserted between silicon layers to create an advanced substrate with superior performance and power efficiency.

This is made possible by Soitec’s proprietary SmartCut technology which works as an atomic scalpel to transfer a very thin layer of one material onto another at the wafer level. This is both cost-effective and environmentally friendly as the donor wafer can be sliced and re-used more than ten times.

Most recently, Soitec has applied the SmartCut technology to bulk silicon carbide wafers in its new SmartSiC product. This enables a more than ten-fold increase in dies produced from a single wafer, as 500 wafers can now be produced from the same raw material that only yielded 40-50 wafers with conventional SiC technology. Not only does this address the industry’s highly limited supply of Silicon Carbide wafers, it is also estimated that 20,000 tons of CO2 can be saved per 500,000 wafers compared to current SiC technologies.

In this way, Soitec is enabling widespread Silicon Carbide and EV adoption by addressing both the substrate supply bottleneck as well as its environmental footprint.

Soitec estimates Silicon Carbide represents a 10% revenue opportunity by FY’26 however this could be conservative with EV adoption accelerating. While SmartSiC is still undergoing qualification, the company is expected to announce key customers soon.

The Fund has held Soitec since April 2022.