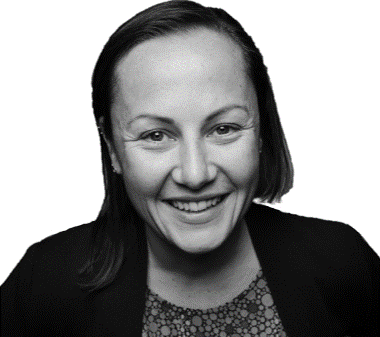 Between 2017 and 2021 Kirstin Hunter was a Director and Chief Executive Officer of Future Super, a retail superannuation fund established in 2014, with a focus on consumer engagement through ethical and fossil fuel free investing.

During her time at Future Super its superannuation assets grew five-fold to over $1B, with membership growing seven-fold to 35,000. At the same time Future Super’s other funds under management grew to over $2B. Her success at Future Super saw her recognised as Superannuation Executive of the Year at the 2019 Women in Financial Services Awards.

She is currently Chief of Staff, Human, an early-stage medtech start-up looking to give everyone access to personalized healthcare. This followed a year spent as Chief People, Risk and Legal Officer, at Brighte, a fintech on a mission to make every home sustainable by providing innovative financing solutions for solar panels, batteries and home energy.

Previously she worked at management consultants Bain and Company in Australia and Canada, and at Freehills law firm in Sydney.

Kirstin holds degrees in arts, law and medical science. She was admitted as a solicitor to the Supreme Court of NSW in 2008 and is a graduate of the Australian Institute of Company Directors.