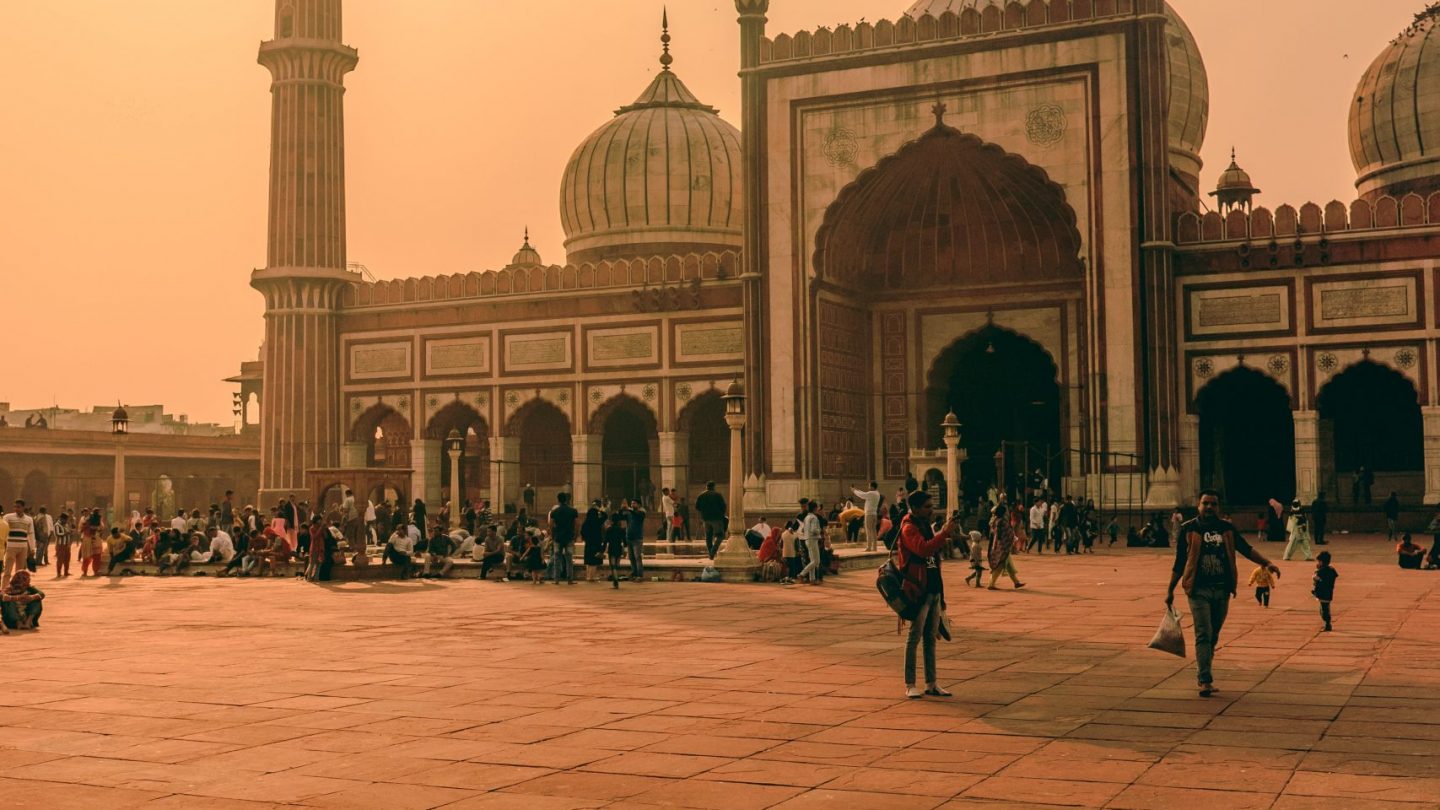 On The Ground In India

On The Ground In India

India has been one of the best performing markets in Asia throughout 2022, with the MSCI India (MXIN) Index up in excess of 3% in local currency terms. The driver of the outperformance has been the resilience of the domestic economy in the face of high inflation, rising interest rates, elevated commodity prices and strengthening USD.

In mid-November, I visited India for the first time since late 2019 in order to get a better understanding of the drivers behind the country’s outperformance. The trip included meetings with corporates and government organisations along with multiple site visits across three states and territories. The itinerary covered the entire breadth of the Indian economy including financials, energy, consumer, materials, real estate, IT services, healthcare, and telecommunications.

This trip reaffirmed the structural growth story of India with favourable demographics, rising penetration, technology leapfrogging and infrastructure buildout playing out in unison. A big driver of this has been the stable, pro-growth political environment since Prime Minister Modi came into power in 2014. Feedback from the ground suggests Modi’s political standing remains on a solid footing. This bodes well for his re-election in 2024 and a continuation of his pro-growth reformist agenda.

Near term demand meanwhile continues to be surprisingly strong. There was a genuine buzz in the cities I visited (Mumbai and Delhi) with people out and about in shopping malls, hotels, restaurants and airports. The notable strength in urban demand has undoubtedly been fuelled by rising household income. Indeed, the nominal wage growth for listed companies in India has been >10%yoy for the past 12 months, which compares favourably to inflation of 6-7%. It should be noted that even though inflation is optically high and policy rates have increased by 190bps this monetary policy tightening cycle to 5.9%, they are broadly in line with the average inflation and cash rate of the past decade of 5.7% and 6.2% respectively. So unlike most countries around the world, Indian residents are used to living with high inflation and elevated interest rates. The only notable area of weakness was in rural demand due to affordability pressures from wage growth (of ~5%yoy) running below inflation and a rising unemployment rate (8% in October). The upcoming Budget in February 2023 is likely to address the current weakness in the rural economy given that ~60% of India’s 910m enrolled voters live in regional or rural areas. A revival of rural activity could help sustain the outperformance of Indian equities.

In summary, we came away from the India visit with a positive view on the operating environment for Indian equities. Meanwhile, we believe India is well placed to manage near-term risks such as high inflation and weakness in rural demand. We note, however, that valuations look a little stretched with the MSCI India Index trading on 22x forward earnings, which is one standard deviation above the historical average. This suggests that the margin of safety for investing in Indian equities is not high currently. In this environment, we will continue to focus on owning high-quality structural compounders trading at reasonable valuations.

Below are five of our key findings from the trip:

The recovery in urban consumption post the COVID second wave in April/May 2021 has gathered pace. Domestic travel has been extremely strong with activity now back at ~90% of pre-COVID levels. Domestic airports were noticeably crowded. Whilst hotel occupancy (80%+) and room rates are currently at peak levels, with further near term upside as business related travel has only just started returning. On the consumption side, food and beverage was another notable area of strength with quick-service restaurants recording same store sales growth of 8-15%yoy in the September 2022 quarter. Meanwhile, for durables such as auto, passenger vehicle sales were up ~40%yoy in the first half of FY23. My discussions with auto dealers suggest that demand is strongest in the SUV segment, where recent launches from Maruti Suzuki (Grand Vitara) and Mahindra XUV700 have a waitlist of ~4 months and 12 months respectively.

These anecdotes provide positive read-throughs for our investments in companies such as Maruti Suzuki, Varun Beverages, Tata Motors and Titan.

2. Inflation pressures have eased for most industries

The normalisation in prices of key commodity imports such as oil and coal have been a welcome relief for the Indian Government and corporates. This has eased pressure on the RBI to raise interest rates further and reduced margin headwinds for Indian companies. Encouragingly, the softening inflation backdrop has occurred at a time when demand remains robust. Corporates are now starting to pass through higher prices with much greater success. Sectors that have successfully passed through prices include cement, paints, consumer staples, consumer discretionary and IT services. Financials are also benefitting from the inflationary and higher interest rate environment.

3. Companies are investing to expand capacity

The solid demand environment has given the green light for companies to add capacity in a returns accretive manner. The areas that are seeing significant investments include cement (Ultratech, Shree, Adani), paints (Asian Paints, Grism), consumer (Varun, Jubilant, Devyani, Sapphire), hospitality (Indian Hotels), hospitals (Apollo, Max, Fortis), real estate (the entire industry) and telecommunications (Reliance, Bharti, Adani). There are naturally concerns over potential overcapacity and competition in the medium term. We however believe that capacity expansions from organised players will help grow the overall size of their respective markets by taking market share away from the informal/unorganised economy.

4. Public construction activity is picking up

Aside from the commitments by private sector players to build new capacity, public sector construction is also evidently picking up. There were a noticeable number of government related infrastructure projects in motion across the cities that I visited. This is evident in the data with government related capital expenditure up 50%yoy in 1HFY23. Major Government construction projects include the buildout of the National Highway network including the Delhi-Mumbai Expressway, the Mumbai Trans Harbour Link and the Regional Rapid Transit System high-speed rail between Delhi and Meerut. We expect government capex to remain robust heading into the Federal Election in 2024.

Capital Goods and Materials companies such as Ultratech and Astral are likely the biggest beneficiaries of this theme.

5. Focus on ESG and in particular, the E was a positive surprise

The most obvious and surprising change between my visits to India has been the Government and corporate attitudes toward Environment, Social and Governance (ESG). Specifically, the level of environmental consciousness for an emerging market is very impressive. Last year, India formally pledged to achieve net zero carbon emissions by 2070. However, unlikely many other countries that have made similar commitments, it appears to be more than just rhetoric for India. I spoke to a number of private and public sector companies leading the development of decarbonisation technology such as green hydrogen, green ammonia and carbon capture. Furthermore, the adoption of renewable energy by heavily polluting companies has also been encouraging. For instance, the two largest cement companies in India are targeting renewables to account for almost half of their overall power consumption by 2025. A similar commitment has been made by companies operating in the steel, aluminium, paints and manufacturing segments. More work needs to be done on Social and Governance issues, but we are optimistic that progress will be made on these two matters given the positive steps taken on the Environmental front.

We hope you found this update useful and please reach out if you would like to see our detailed meeting notes from the trip.

As always, if you have any questions regarding any aspect of the Fund or the portfolio, please feel free to contact us at info@ellerstoncapital.com.

This blog was written by Fredy Hoh, Portfolio Manager of the Ellerston India Fund.